Guy Slater was appointed as an NHS consultant surgeon in 2004, specialising in laparoscopic gastro-intestinal surgery including weight loss or obesity surgery. His NHS practice is at St. Richard's Hospital, Chichester, part of the Western Sussex NHS Trust. He practices privately in Sussex, Guildford, Harrow and London.

Guy Slater started the St Richard's Hospital Bariatric Surgery Unit in 2006, with Shaw Somers,  rapid growth followed until the unit was performing over 500 procedures a year. Guy Slater has completed over 1300 bariatric procedures. Much of his time is now spent concentrating on the most difficult revision operations.

In addition to bariatric surgery, Guy specialises in laparoscopic upper gastro-intestinal surgery including gallbladder surgery (cholecystectomy), anti-reflux surgery and hernia surgery. He has completed thousands of these procedures.

Guy has a research interest in bariatric surgery and has published many papers on the subject. He is often invited to talk to patients groups and colleagues about obesity surgery. He has appeared in TV and radio programs including Fat boy to Slim, Embarassing Bodies, the Fat Doctors and Dr Mark Porter's case notes on radio 4.

Guy qualified from St George's Hospital, London in 1990. His early training included a post at Oxford University teaching anatomy to undergraduates and a year in cardiac surgery at King's College Hospital. He passed his fellowship of the Royal College of Surgeons in 1994 and entered higher training in general surgery.

Guy Slater completed his surgical training in 2002, was awarded his certificate of completion of specialist training, and admitted to the specialist register soon after. Instead of taking up a consultant post straight away, Guy decided to further his training and experience by spending a year in a fellowship post in Australia. He trained with three pioneers of laparoscopic surgery, George Fielding, Les Nathanson and Nick O'Rourke, who have driven the technique forward. It was in this year that Guy's interest in bariatric surgery developed, and he decided to specialise in weight loss surgery on his return to the UK. He was appointed as an NHS Consultant in January 2004. 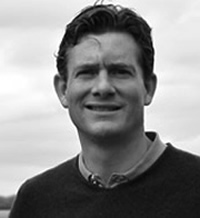